The Vampire I Loved

Vampire proper, the Slavic vampire from my previous post, seems to be the progenitor of the entire fictional vampiric race.

A piece of documented  history: The first recorded mention of the word “vampire” dates from 1672. In a small village on the edge of the Balkan peninsula, a peasant died then returned and started drinking blood, harassing his own widow (sexually, of course) and spreading terror in general. Eventually he was dug up from the grave, beheaded and put back to rest. 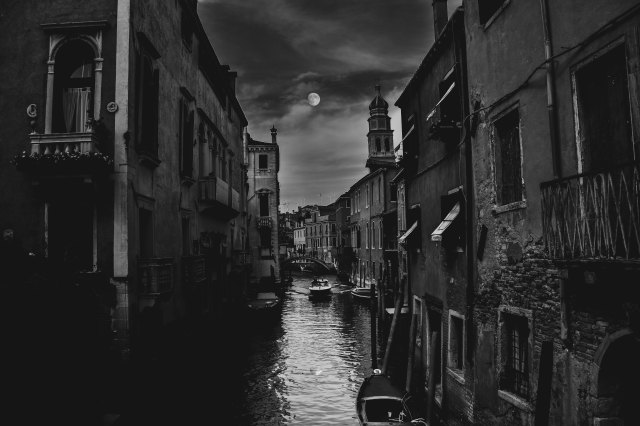 Photo by Leonardo Yip on Unsplash

Another fact: It’s interesting that the vampire hysteria reached its European peak during the Age of Enlightenment.

Now, I guess it’s okay to go back to the question from the end of my last post. So, who are my most beloved vampires (besides a couple of my own, naturally)?

Modern vampire fiction (and my interest in vampires) probably started with Bram Stoker’s famous novel. The inspiration was a historical figure, Prince Vlad Tepes, or Vlad the Impaler, or Vlad Dracula (Dracula means the son of Dracul; the word dracul means “devil”, not dragon as some believe). He was the controversial on-and-off ruler of Walachia (not Transylvania, as in the novel) between 1448 and 1477. The epitome of cruelty to some, a national hero to others. Maybe both? He fought for the independence of his principality, after all. I’m not familiar with Romanian history so I won’t say more. Once I move my story west of Romania, it will be a different story.

He’s charming, sinister and passionate, but I have to confess that it was really Gary Oldman as Prince Vlad (in Coppola’s movie) who I fell in love with.

A vampire not so well known—at least, not among a younger readership. A shame since Chelsey Quinn Yarbro’s Count Saint-Germain is a memorable vampire (and her books are lovely). He’s loosely based (or not?) on the historical Comte de Saint Germain, an eighteenth-century adventurer, scientist (with a special interest in alchemy), artist and philosopher, who used different names for the different places he lived in and liked to say he was 500 years old. Voltaire sarcastically called him “Wonderman”.

Yarbro’s hero is an unusual vampire, a dangerous creature who is also indefinitely kind and gentle. Around 4000 years old, he navigates through the different epochs and places, from ancient Egypt to 1950s France, with the grace and elegance of a ship under full sails on the calm ocean. He needs only a small amount of human blood to survive, and usually gets it for free from swooning females; he’s eloquent and charming, educated and brilliant. Melancholic and lonely, too.

And now, my recent crush – Vampire Lestat (I also like many others from the Vampire Chronicles; the piece of music is Paganini’s Caprice # 24 from the movie The Devil’s Violinist. In Book 2 of the VC, Vampire Lestat played violin for … ah, a spoiler).

To me, Anne Rice created the most human, most conceivable vampires in contemporary fiction. Her demonic world, hidden within our own, is enchanting and seductive. She had  to reach really, really deep into their minds to come up with such breathtaking complexity of their characters, their thoughts, actions, doubts, small victories and crushing defeats. Plus, all the questions she raises in her books: about God, the origins of good and evil, about spirits and all things spiritual, the devil and the angels, mortality and immortality, heaven and hell, the relationships between humans and non-humans… at moments it’s overwhelming.

Photo by Susan Yin on Unsplash

Then, of course, their almost palpable eroticism. And love – like red blood and black velvet. Passion. Desire. Power. Being in love with someone’s mind, with someone’s body, with someone’s blood… And they don’t even do the conventional intercourse either with humans or with other vampires!

Notable mentions: Some of J. R. Ward’s vampiric bunch from the Black Dagger Brotherhood series. Some others are downright annoying.

The Twilight saga’s Edward Cullen isn’t on my list. Not that I don’t like him, but being the main character of a young adult novel, he lacks the crucial vampiric components – the dark, irresistible sensuality of the above-mentioned predecessors, therefore not appealing to me at all. And the novels themselves, although I read them and even liked the first two, are not in the same league as Stoker, Riced or Yarbro’s works. Not even with J. R. Ward’s.

There are more fictional vampires, of course, but I’m not a big fan of vampire fiction per se. I only love well-written books, and they sometimes do feature vampires. And I always need someone to be in love with.

Not unlike my characters, I lead a double life: by day I'm a mother, a friend, a colleague, and the queen of my kitchen. When the moon rises, however, I shift into my other self and, as Queen of the Night, I reign the magical world of my imagination.
View all posts by jfkaufmann →
This entry was posted in Home and tagged Anne Rice, Bram Stoker's Dracula, Bram Stoker's Dracula - movie, Chelsey Quinn Yarsbro, Count Dracula, Count Saint-Germain, J. R. Ward, The Black Dagger Brotherhood, The Vampire Chronicles, vampire fiction, Vampire Lestat, Vampire Saint-Germain, Vlad Dracul, Vlad Tepes, Vlad the Impaler. Bookmark the permalink.

5 Responses to The Vampire I Loved