The Story of Tel-Urughs and a Dream

Like many other popular fiction writers, I couldn’t resist the powerful call of the Dark Prince.

But my Dark Prince no. 1 is Christian Enescu. Because I created him.

In my novels, vampires are called Tel-Urughs, and they are a bit different: their skin is warmer than ours, they use human blood, but don’t kill people for it, they don’t turn their “donors” into their own kind. My Tel-Urughs are immortal, not undead. Not unlike humans, asyngaer* and gwerin y blaidd**, Tel-Urughs can be good or bad, even evil. They have strength. They have weakness. They love passionately. They suffer. They fight bravely. And they can be killed (not easily, though).

There are other kinds of creatures in my novels that fit the human conception of vampire. I call them Upiri. They are truly awful, they are undying, they are cold, merciless bloodsuckers. It’s Tel-Urughs’ job to find and destroy them.

Tel-Urughs are an ancient race, and their roots are in Mesopotamia. Millennia later, thanks to them, that patch of land between Tigris and Euphrates will become the cradle of human civilization. Tel-Urughs will play a crucial role in humans’ transition from nomadic hunter-gatherers to settlers. Men will build their first cities there. One of them, the birthplace of the legendary (Tel-Urugh, of course) Gilgamesh, they will name Uruk, thus preserving the earliest connection between humans and Tel-Urughs in its name. And (as often happened throughout history), unable to explain Tel-Urughs, humans would immortalize them in their mythology as deities, heroes and, sometimes, villains.

Next time I’ll tell you more about the long and very special relationship between humans and Tel-Urughs, but while I’m still here, I want to thank my friend Georgette, who helped me with Romanian surnames and toponyms. Another note: When Christian inherited his titles, the dukedom of Alba was in Transylvania and the earldom of Brasov between Transylvania and Wallachia. Sound familiar? Well, it’s intentional.

Alba and Brasov are still there; the dukedom and earldom came from my imagination. 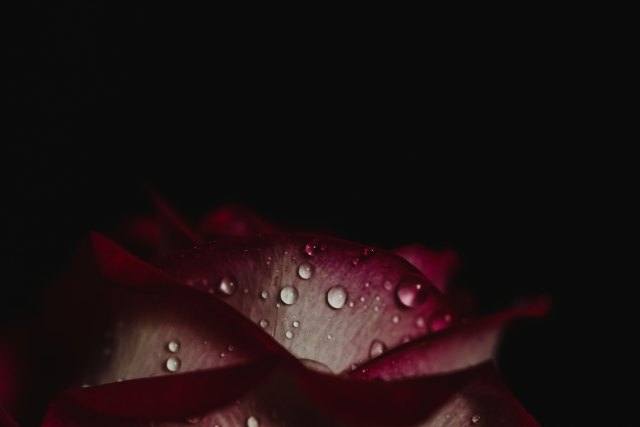 Now back to Christian Enescu, one of the secondary characters in my Blaidd/Vardanni novels. He appears to be in his early thirties; he looks impressive rather than conventionally handsome. Dark, sexy, powerful. Capable of great passion. He’s unmarried, and at this point in my story, attracted to the heroine, Elizabeth Chatwin. Although in love with someone else, she is not completely immune to Christian’s charm. I know, however, who is going to be the love of his life, and one day I’ll write their love story.

In the meantime, Elizabeth tries to suppress her unsettling thoughts about Christian. Alas, they resurface when she least expects them…

…That night I dreamed of him.

We stood in a huge room with stone floor and walls, decorated with medieval tapestries displaying several royal wedding processions. There were swords and armour along the walls, and tall, narrow windows. Behind them I could see the strips of dark night sky. I knew we were in Christian’s castle in Wallachia. Or perhaps it was Transylvania; I wasn’t sure.

I knew that the floor was supposed to be cold, but it felt warm under my bare feet. I looked down at my toenails painted in blood-red nail polish, peeking under the hem of my floor-length gown of a matching colour.

Christian and I stood on two ends of a massive, long table. Still, I could see him with perfect clarity: his eyes, dark like polished onyx, burning with passion, his perfect teeth… His sleek hair that lay unbound over his shoulders, dark like the night outside… His sharp face, the robust and healthy glow of his skin, which was coming from inside, I knew, and not from the big, red fire burning in the hearth behind him. He was in some sort of black attire, with the Roman numerals “VII” and “VIII” embodied on its golden buttons. Ah, of course. He was the seventh Duke of Alba, and the eighth Count of Brasov. But his titles were defunct, I remembered him saying. After all, Christian was an architect, and he worked with me in the same office…

He slowly walked to me, a snowy-white rose in his hand. “For someone who’s had only a few lovers, it’s hard to catch you single, Ms. Chatwin,” he said in a husky voice. He took my hand and kissed it, the touch of his lips soft and warm. Then he offered me the rose.

I took it from his hand and looked at it. It started turning red, from the centre toward the outer part.  A single, tear-shaped drop of warm blood dripped on my palm. I rubbed it and watched it expand until it was the size of a rose petal. It was dry and silky.

“And how do you know how many lovers I’ve had?” I asked, amused, and sniffed the rose. It didn’t smell of blood, but rather, of my favourite orange blossom and jasmine bath oil.

“I read your online biography,” he said. “Everything’s there.”

Photo by Gaelle Marcel on Unsplash

Not unlike my characters, I lead a double life: by day I'm a mother, a friend, a colleague, and the queen of my kitchen. When the moon rises, however, I shift into my other self and, as Queen of the Night, I reign the magical world of my imagination.
View all posts by jfkaufmann →
This entry was posted in Excerpts, Home and tagged Blaidd, dreams, Excerpts, Franz Liszt, Lieberstraum (Love Dream), Red Cliffs Chronicles, Tel-Urughs, Vardanni. Bookmark the permalink.