I showered and brushed my teeth, put my night gown on and nestled in my bed with one of my favourite novels: The Count of Monte Christo, leather-bound and illustrated. After one hour, I forced myself out of Dumas’ exciting world and turn off the light.

I closed my eyes, but it took me a while before I drifted to sleep.

I apologize, Miss Chatwin. That was rude …

I was in a meadow, sitting astride an old log. In front of me spread an ancient forest with tall, thick trees. It was supposed to be dark, because the trees were dense and tall, yet the forest was filled with bright sunlight.

The log was covered with soft, dry, warm moss, yet I could feel its wooden solidness underneath.

A man came out of the forest holding a tea cup in his hand. As he approached me, I realised he was Victor Hugo.

“You made me knock over my teacup, Miss Chatwin,” he said in English with an American accent. “Now it’s empty.”

He stretched out his arm and tipped the teacup to show me. It was an old fashioned white teacup sans the saucer with a gold rim and ArtePolis written across its middle in fancy, old-fashioned gold letters.

I noticed Victor Hugo didn’t look like Victor Hugo at all. He was clean-shaven and wore jeans. A dark, tall, strong and awfully handsome man in his mid-thirties, he looked vaguely familiar.

“There is nothing about you on the Internet,” I said. “And you look very different than on the book jackets.”

“There is more to me than meets the eye, Miss Chatwin. You see, when I was writing The Count of Monte Christo—”

I interrupted him, laughing. “That was Alexandre Dumas, not you. He looked like a garden gnome.”

“A very common misconception. Not about the gnome, mind you. The Count of Monte Christo is my novel, printed under his name.”

Then I realised who my companion reminded me of: The Count of Monte Christo himself, from the cover page of my book.

“Will you walk with me through the forest?” he asked. 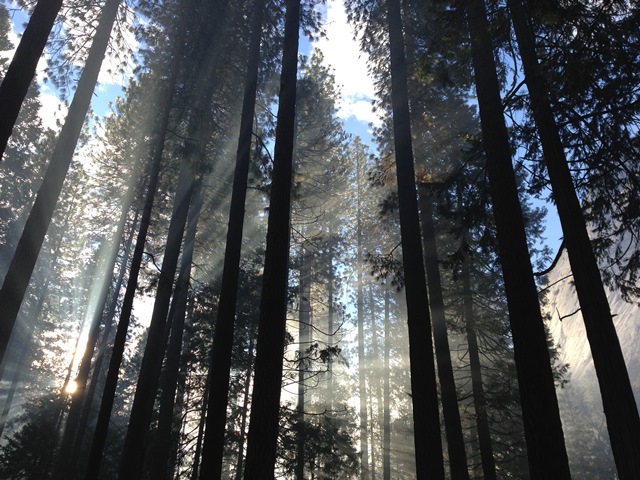 He offered me his hand. I took it and he tugged me up gently. As his fingers touched mine, it seemed that a gentle, warm light entered my body and filled me from inside, taking my breath away.

My legs got shaky from that strange beautiful sensation and my heart beat faster.

I held his hand tightly and let him walk me into the forest.

“Curiosity is one of the forms of female bravery,” he said as we stopped in front of an old oak. He placed his hands on my shoulders and turned me so that my back was now touching the trunk. I looked up. The sunbeams filtered through the dense branches, reaching the forest floor and enveloping us in a warm, magic light, which was somehow connected to the light inside me. He took a step closer and now our bodies were almost touching. His fingers traced my jawline before they moved down to my collar bone. His hand opened and gently cupped my breast. He pressed his body against mine. Through our clothes I could feel his erection. I rubbed against it, feeling a sweet ache in my womb.

He whispered into my ear, “I’m curious if you have a tattoo anywhere on your beautiful, flawless skin.”

Having said that, he took a step back, bowed and kissed my hand. “Until we meet again, Beauty.”

And with that he turned and walked deeper into the forest. Suddenly a huge dark-furred wolf with blue eyes joined him. I stood motionless, stunned by the strength and beauty of both the man and the beast. My eyes followed them before they disappeared among the trees …

From Bladd, the upcoming Book 3 of the Red Cliffs Chronicles. Photo is courtesy of Mike Petrucci and Unsplash)

Not unlike my characters, I lead a double life: by day I'm a mother, a friend, a colleague, and the queen of my kitchen. When the moon rises, however, I shift into my other self and, as Queen of the Night, I reign the magical world of my imagination.
View all posts by jfkaufmann →
This entry was posted in Excerpts, Home. Bookmark the permalink.