“Mrs. Fontaine, please don’t make this more difficult than it has to be. I don’t want to  handcuff you, but I will if I have to.”

Charlotte Fontaine squared her delicate shoulders and braced her hands on her hips. “Handcuff me? How dare you, Samuel Spencer? I’ve known you ever since you were knee-high to a duck.”

A twinkle of humor in his eyes, the tall Rosenthal sheriff pulled on his best law enforcement expression. “I’m really sorry, ma’am, but you have to come with us. You’re under arrest.” 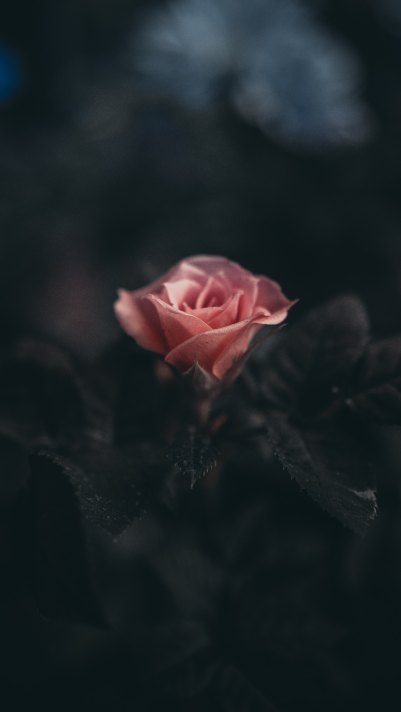 I decided it was time to intervene. Today’s public protest to save an historic city block from destruction, including the popular Hotel Cosmopolitan, seemed to me like a carefully staged event. I hadn’t been told my precise role, but I had my own professional and personal reasons for supporting the cause, so I had to improvise.

“Oh, for crissake, Sheriff,” I said, “you can’t throw one of Rosenthal’s most popular citizens in jail. This will backfire, you know.”

Sheriff McLaren, under normal circumstances my friend, turned to me with a sly grin. “Well, Elizabeth Chatwin, you are certainly not a prominent Rosenthal citizen. Now please turn around.”

Before I could blink, cold metal closed around my wrists with a click.

The Sheriff turned to his deputy. “Officer, escort Mrs. Fontaine to the car. And you, Elizabeth,” here he gave me a little push, “you are under arrest for trespassing, creating a public disturbance, disorderly conduct and reckless endangerment. So far. You have the right to remain silent. Anything you say can be used against you …”

“Great job, Sheriff, arresting two women!” shouted Dr. Ned Campbell, who held a sign that read ‘Save the Cosmo!’ “The city government, including the police, should’ve been on this side of the barricades, helping us save it from those urban wreckers!”

Dr. Campbell was the beloved Rosenthal physician as well as the vice-president of the Save the Cosmo! Committee, a group of heritage-passionate Rosenthalers, who’d organized the protest. The president of the Committee was my fellow arrestee, Charlotte Fontaine.

The Sheriff rubbed his neck. “Give me a break, Doc! The owner wants to sell it; you know that.”

“Then the City could’ve bought it out!” someone else yelled.

“Yeah. It’s common practice for a city government to be in the hotel business … Move over, folks, let me pass.”

A young cameraman from the local TV station was recording the entire interaction, including our arrests. I jerked and kicked a little bit for the sake of some additional publicity for our noble cause of saving the local hotel from destruction.

“They’re arresting a sixty-two year old woman with fragile health!” I bellowed toward the camera. “All she wants is to save a building that is one of Rosenthal’s landmarks and should be protected as a historical site! Help us save the—”

Before I could say another word, the Sheriff had me in the back of his car.

“I’m sixty, dear,” I heard Mrs. Fontaine say before the young Deputy Sherriff opened the back door of his cruiser and, holding her hand, politely helped her in.

Turning the flashing lights on, both cars pulled away and toward the police station, a few blocks south.

Looking at me in his rear-view mirror, Sam Spencer said, “That was low, Betty. Fragile health, my ass. Look at her; she doesn’t look a day over fifty and she’s as healthy as a horse.”

“Ned Campbell’s brother is the judge; she’ll be at home for her afternoon tea.”

“I don’t care. I bet there’s a nice little room in your station where I can camp overnight.” I pressed my forehead against the bars between the front and rear seats. “Sam, you’re not going to charge me charge me with all those offences, are you?”

“Now, sweetheart, I’m afraid you don’t understand,” Sam said with a supressed laugh. “You and your mob blocked the busiest street in town during rush hour—”

“Rush hour in Rosenthal? You must be kidding!”

“And placed the city in a virtual state of lockdown.”

“For about twelve minutes, until you and your forces brutally crushed—”

“Forces? It was only me and my deputy.”

“Until you and your deputy crushed our peaceful protest,” I said, laughing.

“For which you never got permission from the city.”

“Because Lottie was advised not to apply for permission,” Sam said. “Betty, nobody in

Rosenthal wants to see the Baker Block knocked down, but you can’t expect the mayor or the police to join the demonstrators, can you? Lottie needed some media attention, and she got it. Her arrest was the cherry on top.”

“I was arrested, too,” I reminded him.

Sam winked. “You’re collateral damage, Betty. Unless your arrest was part of Lottie’s initial plan, that is.” He pulled into the police parking lot, cut the engine and turned to me. “Lottie’s committed to finding an investor who will restore the Baker Block.”

“And the whole of Rosenthal is helping her, one way or another.”

“Including you and me. See, I risked the reputation of the Police department by ‘crushing’ her demonstration, and you will get a criminal record.”

“Don’t worry. I bet Lottie’s lawyer is already in the station waiting for us. He’ll bail you both out. If not, there is vacant room here at the station. Now let me uncuff you. You must be uncomfortable. By the way, are you free on Thursday night? I need someone to stay with Jake.”

Sam was a single father of four-year old Jake. I loved Jake and always looked forward to spending some time with him. “I’ll make sure I am,” I said with a wide smile.

Most of the charges against us had been dropped, except for causing a public disturbance. I guessed this was also part of Charlotte Fontaine’s grand plan. Against her lawyer advice, she’d actually admitted her intentions to cause it. Nevertheless, the lawyer assured us we’d end up with some light community service.

“I’ll give you a ride, and then I’m going home,” I said to Mrs. Fontaine as we left the police station and walked toward my car. “All I want now is a cup of tea and a hot bath.”

“What you need is a glass of wine,” she said and slid her arm through mine. “You’re coming with me. I’m throwing a party tonight, to celebrate our success.”

“No, you don’t,” Mrs. Fontaine said and took a step back, her eyes scanning over my attire: a light beige coat, a tight, knee-length green cashmere dress and three-inch heel pumps in the same color. “You’re already dressed for a party, darling. You were overdressed for the protest.”

Photo by Ahmed Saffu on Unsplash

Not unlike my characters, I lead a double life: by day I'm a mother, a friend, a colleague, and the queen of my kitchen. When the moon rises, however, I shift into my other self and, as Queen of the Night, I reign the magical world of my imagination.
View all posts by jfkaufmann →
This entry was posted in Excerpts, Home. Bookmark the permalink.